Medicare Part D is simply insurance for your medication needs. You pay a monthly premium to an insurance carrier for your Part D plan. In return, you use the insurance carrier’s network of pharmacies to purchase your prescription medications. Instead of paying full price, you will pay a copay or percentage of the drug’s cost. The insurance company will pay the rest.

Your Part D insurance card will be separate from your Medigap plan.

Medicare Part D plans all follow federal guidelines. Each insurance carrier must submit its plan outline to the Centers for Medicare and Medicaid Services annually for approval.

To improve your understanding of Medicare Part D, let’s look at the basic way that each Part D plan works.

There are 4 stages to a Part D drug plan, as follows:

During this stage of Part D drug coverage, you will pay a copay for your medications based on the drug formulary. Each drug plan will separate its medications into tiers. Each tier has a copay amount that you will pay. For example, a plan might assign a $7 copay for a Tier 1 generic medication. Maybe a Tier 3 is a preferred brand name for a $40 copay, and so on. The insurance company tracks the spending by both you and the insurance company until you have together spent a total of $4020 in 2020.

After you’ve reached the initial coverage limit for the year, you enter the coverage gap. During the gap, you will pay only 25% of the retail cost of your medications. (This is so much better than in 2006 when many people had to pay 100% of their drugs in the gap.) Your gap spending will continue until your total out of pocket drug costs have reached $6350 in 2020.

Please note that to get into the gap, Medicare tracks the total costs of what you and the insurance company have spent, but to get OUT of the gap, they are counting only what you have paid in deductibles, copays and gap spending that year, plus manufacturer discounts. They do not count anything the federal government contributes.

After you’ve reached the end of the coverage gap, your plan will kick in to pay 95% of the costs of your formulary medications for the rest of the year. This feature in Part D drug plans helps you limit your potential spending if you have expensive medications. 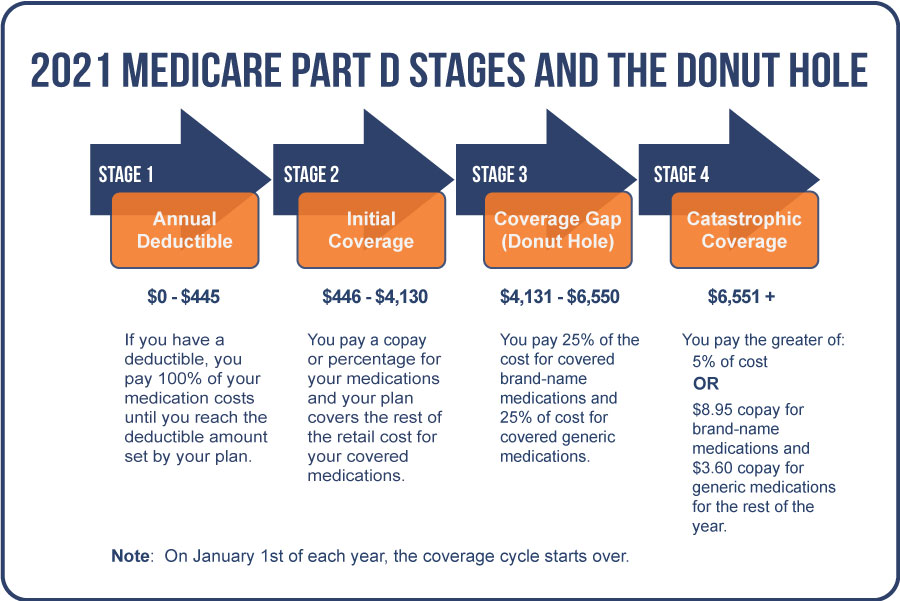 Should You Skip Part D?

Part D is optional, but why risk it when most states have plans available for as low as around $15/month? Keep in mind that Part D is insurance not just for your medications today. It also insures you for any new medications that your doctors prescribe in the future. There are hundreds of medications that cost hundreds or thousands of dollars per year. These would be difficult to afford without coverage.

Like Medicare Advantage plans, Prescription Drug plans change from year to year. Only 1 in 10 Medicare Beneficiaries check annually to verify that they are enrolled in the most cost-effective plan. Every Annual Enrollment Period (AEP), October 15 – December 7 you need to compare plans to ensure you are in the best plan for you beginning on January 1 of the following year.

Susan has trained extensively to carefully analyze your potential drug spending when you are new to Medicare and setting up your Part D coverage for the first time.

Part D can be the simplest component to your Medicare coverage or the most complex. You need a trusted advisor to meet with you annually to review. You want Susan Tighe on your Part D side - (602)-705-1462!

Let's connect to answer YOUR questions. We can schedule a Free Consultation to find the healthcare option that makes sense for you and your loved ones.
Get Help Now
Facebook
A Quick Peek 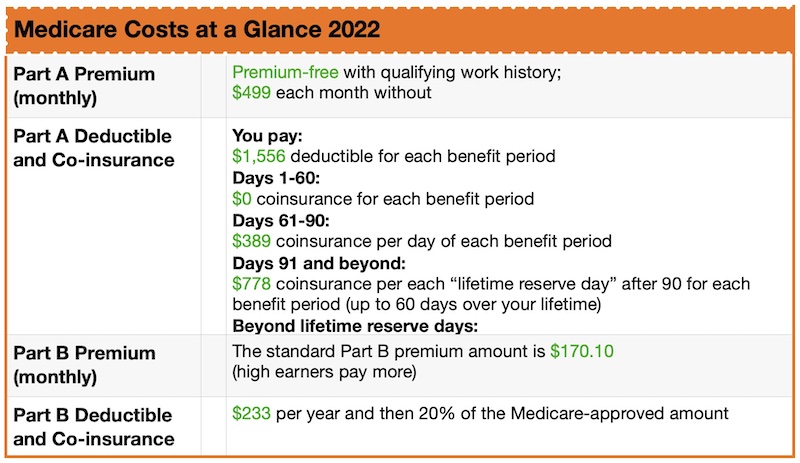